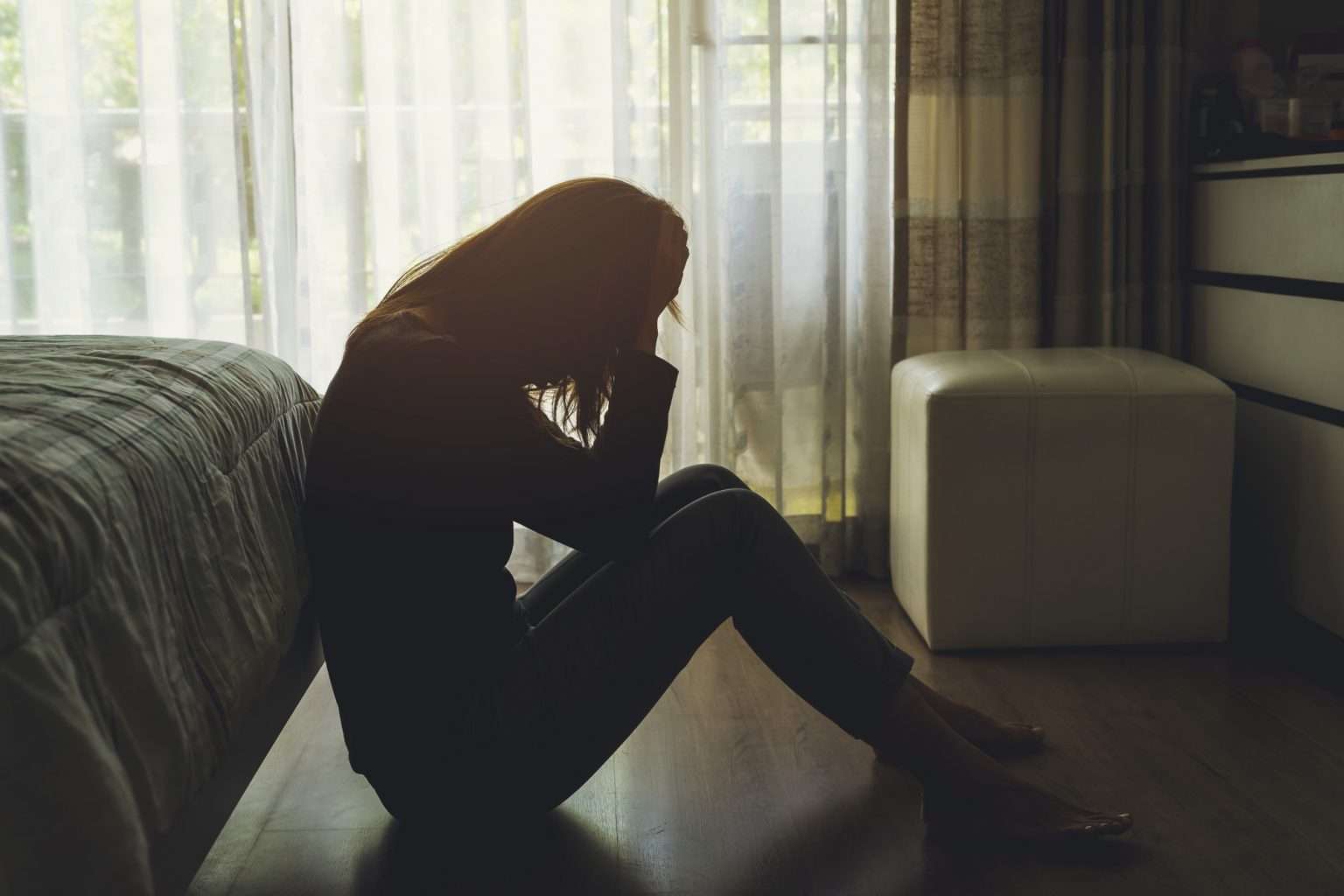 Schizophrenia is a common mental health condition that affects around one percent of the population. This brain disorder makes it hard to distinguish between what is real and what isn’t. Managing emotions and relating to others can also be a challenge to someone that has the condition.

But what are the signs of schizophrenia?

In this article, we’ll look at the signs and symptoms of schizophrenia.

People who have schizophrenia struggle with hallucinations, delusions, and disordered thinking. It can be episodic, meaning that there may be times when the disorder is in remission.

Schizophrenia can develop during early adulthood. During this time, the stage of the illness is referred to as the ‘prodromal phase.’ At this time, motivation, emotions, sleep, the ability to think clearly, and communication may all be affected.

If you become unwell, this is an ‘acute episode.’ During this time, you may feel depressed, angry, or panicky. The first time you have an acute episode, it can be shocking as you will not be prepared for it.

Another misconception about people with schizophrenia is that they are violent. While there are occasions when people with the condition are violent, this is not common.

Let’s explore some of the symptoms of schizophrenia.

Hallucinations may involve seeing or hearing things that do not exist. Although they don’t exist, they will appear to be real. Although hallucinations can affect any of the senses, it is more common for people to hear voices.

Delusions are beliefs that are not based on reality.

These may include worries that you are being harassed or harmed. They may also surround the notion that you have some sort of exceptional ability. You may believe that you are famous in some way, that someone is in love with you, or that a disaster is set to occur.

Most people who suffer from schizophrenia experience delusions.

Disorganized thinking can be spotted through disorganized speech. If someone has trouble stringing together coherent sentences or responds to questions using unrelated answers, then this may be a sign that they have schizophrenia.

Often, meaningless words will be put together so that they cannot be understood. This is sometimes referred to as a “word salad.”

3. Lack of Motivation and Slow Movement

There are several symptoms that center around a person’s motor behavior. A person with schizophrenia may move slowly or even not at all. There are some forms of the condition that will involve the sufferer being frozen in catatonic states.

The sufferer may also demonstrate a lack of motivation or interest in the world around them.

A common early warning sign of schizophrenia is a change in sleeping patterns. These could include sleeping too much as well as insomnia.

Changes in sleep may cause other symptoms of the condition to worsen.

Someone that has schizophrenia may start to neglect their personal hygiene. They may stop taking pride in their appearance and forget to wash. Poor grooming and a lack of personal hygiene are typical for someone in the prodromal phase of the illness.

6. Changes in Body Language and Emotions

People who experience schizophrenia may not be able to understand or express their emotions. They may have trouble making eye contact with people and may make sudden changes in their body language.

Amongst the negative symptoms of schizophrenia is a lack of interest in social activities. Sufferers of the condition may become withdrawn and avoid spending time around other people.

They may also lose interest in sex and have a low libido.

The exact cause of schizophrenia is not known; however, there are likely to be several factors that cause the condition. These might include genetics, brain chemistry, or complications at birth.

Other factors that could bring on schizophrenia could be a major stressful life event. This could be something like the death of a loved one or moving to a new city or country.

There is also a link between cannabis use and the onset of schizophrenia.

How Is Schizophrenia Treated?

There is no cure for schizophrenia.

This is in part because the illness is not yet understood fully. However, some treatments can help.

Many people who have schizophrenia go on to make a significant improvement in their condition. Roughly a third of people will make a lasting recovery.

Everyone’s experience of the condition is different; however, with a mixture of the right medication and self-care, it is possible to manage the symptoms of the condition and live a normal life.

Antipsychotic medication such as Latuda can help in conjunction with psychosocial treatments such as cognitive-behavioral therapy.

While there may not be a cure for schizophrenia, people with the illness can go on to live meaningful lives and reduce their symptoms and the impact that the condition has on their lives.

With the right mix of medication, self-care, and therapy, someone with schizophrenia can become symptom-free.

For information about medication for schizophrenia, get in touch.