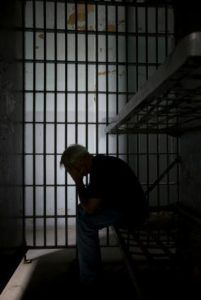 Charlie Lynch, described by many as a law-abiding, extremely friendly man, was sentenced to one year and one day in prison for the sale of marijuana. Though marijuana is illegal in the United States, some individual states allow the distribution of marijuana for medical purposes. California is one of these states.

Lynch is not some thug, drug dealer, targeting children and selling in alleys and clubs. He thought he was running his business within the limits of the law, and in California it appeared that he was. There are thirteen states, California included, that have legalized use of marijuana for medical use. Lynch had been selling his marijuana only to patients whose doctors had suggested they take the drug. Countless times undercover police officers would try and persuade Lynch, or employees of his to illegally sell the marijuana, but were turned down every time.

Charlie Lynch followed all possible rules and regulations possible. He applied for his business license and joined the chamber of commerce. Charlie Lynch consulted with attorneys, and even called the Drug Enforcement Agency (DEA) before he opened his dispensary. After he received the green light to open his business, he held a ribbon-cutting ceremony, which would include city councilmen and the town mayor.

Even though Lynch seemed to be following regulations, the San Luis Obispo County Sheriff Pat Hedges, seemed to have some sort of dislike for Lynch. After about a year, the Sheriff gave information to the Federal Government’s DEA that said Lynch had been selling marijuana. After a raid on his house, Lynch was taken to court.

However, because his trial was in a federal court his attorney’s could not mention the fact that what he was doing was completely legal in California, and they were unable to say anything about all the people Lynch’s dispensary had helped.

Charlie Lynch has gone on to describe his treatment as unfair, and I would have to agree with him. He was operating his dispensary within the laws of the state of California. He never sold any marijuana illegally, and more astonishingly neither had any of his employees. There wasn’t much more he could do save himself, and this shows that some of the laws of the United States may need to be revised, so innocent men like Lynch do not become imprisoned for doing nothing wrong.

6 Things You Didn't Know About Tanning