Improve your brain Power with Tetris 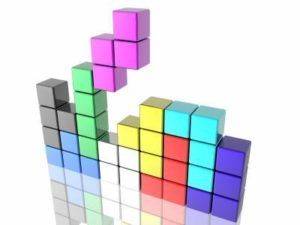 Tetris is a popular puzzle game that was developed 25 years ago in Russia. The object of Tetris is to put together falling shapes by rotating them with the aim of completing horizontal rows of pieces without gaps. Researchers in New Mexico have found a link between playing Tetris and improving your ability to think efficiently. 26 teenage girls were asked to play the puzzle game Tetris for 30 minutes a day for three months. MRI scans found that they had improved efficiency in the parts of the brain that are connected to critical thinking, language and processing, and reasoning. There were also scans that showed increased matter in the cortex in areas associated with intricate coordinated movements and combined sensory experiences such as sight, sound and touch. A psychologist with the Mind Research Network in Albuquerque Richard Haier said in a press release “We were excited to see cortical thickness differences between the girls that practiced Tetris and those that did not. But, it was surprising that these changes were not where we saw more efficiency – how a thicker cortex and increased brain efficiency are related remains a mystery.”

Researchers hope to further study how Tetris can increase and improve certain areas of the brain.

3 Ways To Boost Your Energy