Music and its Effect on Your Running - Pharmapassport
0 0 items $0.00

Home » Music and its Effect on Your Running 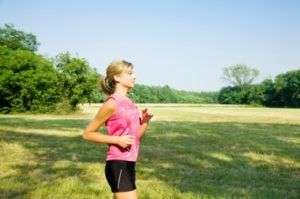 I love music. I love listening to music, playing music, writing music, and even critiquing music. Music to me is one of the greatest forms of expression a person can create. In all great musical compositions from songs by Mozart to Led Zeppelin, there is that fusion of expression through creativity and musical talent. Music and its effects play a significant role in my life as well as the lives of countless others, but now there is even better news. Music can help you exercise.

Many of us exercise with our favorite songs playing through a CD player or MP3 player. Most of us do this because one, we like listening to music, and two, we feel more energized when listening to the right kind of music. While there have been many who praise music as a training aid, there hasn’t always been a lot of well-known support backing it up.

So I decided to do some digging and came across a study published in the Journal of Sport & Exercise Psychology by Dr. Costas Karageorghis. The study was aimed to observe music’s effect on physical work output and how music may change the way we interpret different signals, such as fatigue.

Ultimately, the study found that music, especially motivational music, can play a significant role in physical endurance. The results showed that motivational music can increase physical endurance 15% over the control, no-music group. Furthermore, music can also aid in boosting your mood while participating in physical activity. This change in mood can help a person feel more positive when working at a higher intensity level which may translate into a longer period before physical exhaustion.

My training routine has always included music and its effects, but it’s awesome to finally learn that there’s actually science behind it. So next time you decide to go for a run, or whatever other physical activity you decide to do, listen to some music for better performance.

Have you ever come across a weird health tip, that you thought...