Snoring: More Dangerous Than You Think 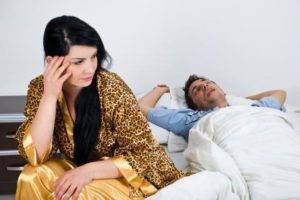 To most people snoring is just one of those things that gets really annoying after awhile, or becomes the joke at the family reunion about a husband snoring so loud the wife thinks they live by an airport. However, what most people don’t know are the dangerous effects of snoring. Problem number one, your significant other may kill you… just kidding. Though snoring can cause a severe amount of tension in a relationship and could even cause you and your partner to split apart. It may begin with sleeping in separate beds, which doesn’t seem like a big deal, but puts a great deal of distance between you and your partner in terms of being close to each other. Problem number two, snoring is often related to sleep apnea. This is a very serious condition that may go from snoring to being unable to breathe. Obviously breathing is pretty important, without that whole air thing you’ll probably die. Additionally, if you experience difficulty breathing then you may wake up frequently, or toss and turn during the night leaving you sleepy and fatigued in the morning, leaving a major negative impact on your health. Some studies even suggest that snoring may be linked to certain heart diseases. Again much like the air thing, you need a heart to do that whole pumping blood thing. Pretty important, at least I think so. Anyway, people need to start realizing that snoring might not be so harmless after all and that it can be incredibly harmful to you.

How to Cure These 4 Common Skin Disorder