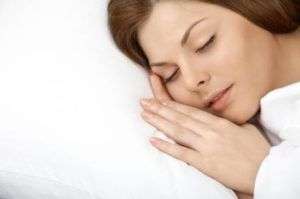 Oversleeping is another one of those situations that really does you more harm than good. Although it seems as though sleeping longer could benefit you, it has actually been linked to a number of medical problems, the most harmful being diabetes, and heart disease.

Many of us don’t know how much sleep we need as individuals to function our best. The average amount of sleep varies over your lifetime due to a number of factors such as age, activity level, general health, and lifestyle routines. If you are experiencing a period of stress, for example, your energy levels will decrease much faster than if you are not stressed therefore you will require more sleep. The average adult functions best after 7 or 8 hours of sleep, however there are many adults who find they only need 5 or 6 and others who need 9 or 10 hours of sleep to feel their best.

In order to determine the number of hours that your body requires for optimal function, keep a sleep diary. Record how many hours you sleep each night, the times you went to sleep and got up, how you felt in the morning, afternoon, and evening, if you had any bad dreams, and your general mood. The patterns you see will start to give you an idea of the number of hours you need.

Several recent studies have found that too much or too little sleep can be linked to many medical problems including obesity, diabetes, and even death.

Diabetes – In a recent study at the Boston University School of Medicine found that participants that had reported sleeping less than 6 hours or more than 9 hours a day had an 50% greater risk of diabetes than those who slept for 7 or 8 hours.

Obesity – In addition, another study found that people who slept for 9 or 10 hours every night were 21% more likely to become obese over a six year period than the people who slept for 7 or 8 hours. The relationship between sleep and obesity remained the same even after food intake and exercise were taken into account.

Heart Disease – A study involving nearly 72,000 women found that women who slept 9 to 11 hours each night were 38% more likely to have coronary heart disease than women who slept for 8 hours.

Death – Frighteningly enough, several studies have found that people who sleep 9 hours or more a night have significantly higher death rates than people who sleep between 7 and 8 hours a night.

Headaches – Sleeping longer than usual on a weekend can cause headaches. Researchers believe that oversleeping has an effect on neurotransmitters in the brain, including serotonin. People who sleep during the day and disrupt their nighttime sleep might also find that they are suffering from headaches in the morning.

Other studies have found that depression and back pain are also associated with oversleeping.