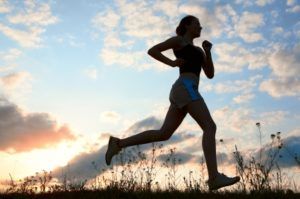 Metabolism is essentially the energy required to sustain yourself. For example, active individuals who eat balanced meals tend to have a high metabolism as opposed to inactive individuals who tend to have a low metabolism. Having a lower metabolism as opposed to a higher one is far more common.  Your metabolism is not purely determined by how much you exercise, but also by other factors such as:  family background, body composition, gender, age, and eating habits. Often when people think of high metabolism they see it as a great advantage and people with low metabolisms envy this perk that some people have. However, you will notice that having a high metabolism is not necessarily always beneficial. People in a situation like that below often find that they have no one to relate to because of their rare predicament. “I have tried everything! I am 21 years old and have a very high metabolism. I only weigh 105 pounds and am skinnier than everyone I know. My bones stick out in all the wrong places and I can’t do anything about it. I eat approximately 3000 calories a day but yet I am unable to gain even a pound.   I don’t know what to do!” Most people have the tendency to want to lose weight even though they have a healthy body size. All without realizing that there are people who would do anything to have a healthy body like theirs. If you are in the situation above or even one that is not as extreme you should contact your doctor and begin treatment if necessary. On the other hand a low metabolism can mean that your body can gain weight very easily. For some people this may be a result of poor nutrition and thus depriving their bodies of food for long periods of time. Neither of the two extremes is appealing or a good situation to be in. Somewhere in between is where most people should aim to be. There are some factors that affect metabolic rate on which you have no control over such as your increasing age or your gender, but you can still work towards a better metabolic rate.  An inevitable trend that occurs is a decrease in metabolism as you age. This is why you need to prepare for it, or not let it get the better of you if you have already reached that point in life.

Four Ways to Boost Your Metabolism

Have you ever come across a weird health tip, that you thought...

Here are a few tips on how to beat your depression and...