How Drinking Your Favourite Soda Is Killing You - Pharmapassport
0 0 items $0.00

Home » How Drinking Your Favourite Soda Is Killing You 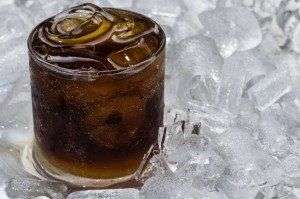 Many people drink diet soda to reduce their intake of calories and sugar. However, many studies indicate a common ingredient called Aspartame is linked to major health problems. They range from obesity to aspartame cancer. It’s important to understand the risks as many consumers assume diet soda is a healthy choice.

Diet soda and other drinks which contain aspartame can result in a person being obese or remaining obese. This is ironic as most consumers turn to such alternatives as a way to lose weight or to maintain weight. Studies show aspartame can lower your metabolism. As a result, the body will store more of what you consume as fat. It can also make the brain crave more carbs and sugar so you make unhealthy eating choices throughout the day.

The risk of diabetes is twice as high in those who consume products with aspartame including diet soda on a regular basis. Diabetes in youth and adults is a very serious issue. If it isn’t controlled, it can result in an array of serious health problems down the road.

The fear of aspartame cancer continues to be a hot topic. According to the American Cancer Society, they have seen a significant increase in cancer cases over the years. Many of these patients admit to consuming products containing Aspartame on a regular basis. In lab studies conducted on mice and rats, aspartame cancer was identified in more of the specimens given Aspartame than not getting it. Yet there are still too many other variables that have to be factored in.

Most of the studies on humans have been inconclusive regarding the influence this ingredient has on cancer. Even so, the concept of aspartame cancer is enough to make consumers take notice. Producers of various products are also taking notice. Many of the producers are reducing the amount of aspartame in their products or replacing it with another alternative as a precautionary measure.

Now that you know the risks of aspartame cancer and other major health problems, eliminate the diet soda. Replace it with drinks that are good for your body. Both water and green tea hydrate the body and flush out toxins. If you must have a soda now and then, researchers suggest those made from real sugar rather than sugar substitutes are a better choice.

DASH Diet: The Basics of a Diet Plan