Breast Cancer Prevention: The Responsibility is Yours - Pharmapassport
0 0 items $0.00

Home » Breast Cancer Prevention: The Responsibility is Yours

Breast Cancer Prevention: The Responsibility is Yours 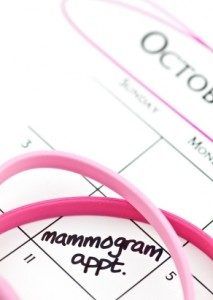 There has been recent controversy surrounding breast cancer screening in Canada, as the Canadian Task Force on Preventative Health advised some provinces to stop screening women between ages 40 and 49. This age group is labeled as younger patients; it has been found that screening these younger patients does not prevent any deaths. In response to this recommendation, many female doctors have approached the media to refute the Task Force’s evidence and argue that early screening does prevent deaths. With breast cancer being so prominently featured in the news, it is important to remind readers about how one becomes prone to this devastating disease, as well as promote breast cancer prevention and awareness.

• Risk factors that did not contribute to a breast cancer diagnosis include hair dyes and radiation from cell phones, microwaves, and electronic gadgets.

• Another way to decrease the risk of breast cancer is to quit smoking.

With all of the above in mind, it is important you take the necessary preventative measures to avoid this deadly disease. This may mean making drastic changes to your lifestyle, including something as fundamental as your work schedule. But what’s more important: your work or your health? Breast Cancer Prevention: with younger patients now being excluded from breast cancer screening, it will become more of individual responsibility to take action for your health.