Japan Life Expectancy Higher Than Other Countries - Why?
0 0 items $0.00 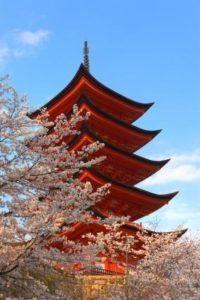 However, Sierra Leone had the lowest life expectancy at only 41 years of age. 41 is less than half of Japan’s life expectancy. Sierra Leone has an average literacy rate of only 35.1%. Much like Afghanistan, more men than women in Sierra Leone are educated, with the gap between the genders being very vast. One could assume that the lack of gender equality in many of these countries could be the cause of poor life expectancies. However, wars and disease outbreaks are also contributing factors. Either way, the education of women is a vital part of a developing nation and should not be overlooked. Many of these countries require aid from already developed nations in order to raise the quality of life for the citizens living there. A lot of us that live in beautiful and developed nations tend to take many aspects of our lives for granted. We have access to many benefits like great medical systems, great education, and even clean water. Sometimes it pays just to look around you and think about how fortunate you really are.

Why More People Should Consume the Daily Recommended Magnesium Dose?

How To Prevent West Nile Virus