“Continued degradation of nature despite decades of warning, coupled with the burgeoning human population, suggest that human quality of life could decline substantially in the near future.” This quote was taken from a recent study conducted by the University of Adelaide’s Environment Institute, in collaboration with the National University of Singapore and Princeton University, and led by Professor Corey Bradshaw. The study set out to examine and rank the countries of the world and how they impact the environment. Some of the results are rather surprising, while others are fairly obvious. There were seven different factors used to determine how countries impacted the environment, they include: natural forest loss; habitat conversion; marine captures; fertilizer use; water pollution; carbon emissions; and species threat. Overall the study revealed that in many cases, “the richer a country, the greater its average environmental impact.” Here are the top ten countries that have the greatest negative impact on the global environment. 1)    Brazil 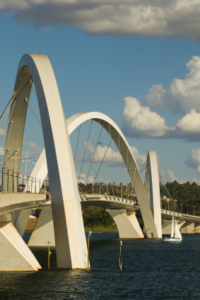 2)    USA 3)    China 4)    Indonesia 5)    Japan 6)    Mexico 7)    India 8)    Russia 9)    Australia 10)  Peru The developed nations, such as the USA start to take responsibility to actually fix the damage they’ve done and lead by example. Without changes, our planet is doomed, essentially a time bomb that is quickly counting down the seconds until the ultimate destruction of all life. “Environmental protection is critical to maintain ecosystem services essential for human well-being.” If we as a collective global community do not take the time to care for the earth, then the earth will not take care of us.

Exercise is a key ingredient to a healthy lifestyle. It is also...

All You Need To Know To Lose Weight

Weight loss comes only with effort and time, and after the weight...