Is Swearing Actually Good For You? - Pharmapassport
0 0 items $0.00

Home » Is Swearing Actually Good For You? 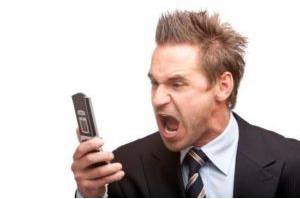 Well according to recent studies, swearing may actually be good for you. Swearing has often been frowned upon by society and mothers everywhere. However, recent research could suggest that swearing will help alleviate pain. Swearing has been shown to increase your pain tolerance by doing a few things to your body. According to Richard Stephens of Keele University in Staffordshire, U.K, swearing works by increasing the heart rate and decreasing the perception of pain, which in turn helps lessen pain. This may be why, for many of us at least, it seems natural to swear when we experience some sort of pain. The study used 67 undergraduate students and required them to place their hands into water at a temperature of 5° Celsius and leave their hands in for as long as possible. The students that were repeating swear words lasted an average of about 40 seconds longer than the students repeating neutral words. Another interesting fact is that although swearing helped reduce pain for both sexes significantly, women experienced a greater decrease in perceived pain than their male counterparts. Stephens does recommend swearing if you hurt yourself however, he also warns that the more we swear the less potent the relief is. The reason is most likely due to the more we swear the less emotionally potent the word becomes and without said emotion the swear word becomes a less effective pain reliever.