Negative Effects of Boxing and How it affects the body?
0 0 items $0.00 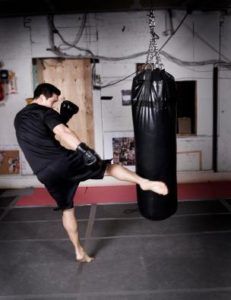 If you have bought into the MMA craze like many people including myself (it is the fastest-growing sport ever) then you might not have had time to process the negative effects of boxing. Trust me there is a reason some of these guys are getting paid $5 million a fight.

To be getting the top-end salary that is seen in the Ultimate Fighting Championship (better known as the UFC) you have to be in the top condition. And the only way to get there is to train, train, then train some more.

These guys dedicate a ridiculous amount of time to practicing and just preparing for the next fight. The problem is of course if you have a family, sometimes the training may conflict with family events, or may even limit your contact with your family. The good news is, you can schedule around this and hopefully avoid this problem.

The real threat lies in the damage you do to your body. Sure, you’ll probably be in the best shape of your life for a while, but if you overdo the training and fight too often without enough rest then your body will not be able to handle it. Negative effects of boxing include joint pain, arthritis, even physical disability. There will come a point when you have to decide if it’s worth it, are you good enough to really pursue your goal. If yes then maybe the risk is worth it.

Worst of all, fighters are very susceptible to brain damage from their fights. Unfortunately, many fighters experience some sort of brain damage, some have much worse damage than others. There is a former Muay Thai fighter who is now 70 years old and his name has slipped my mind, but he is in incredible form because he knew when to stop fighting. However, there are many boxers who, after too many punches to the head experience horrible brain damage.

In general, I would say boxers are probably the most likely to experience brain damage, only because in boxing only the head and body are targeted, leading to much more punishment to fewer areas of the body. Whereas in other fighting styles, the punishment is spread out over the body, this may cut down on the amount of brain damage, but increase joint and muscle damage.

Regardless, some people love fighting, some people even seem to be created only to fight. However, you have to ask yourself things, are you good enough, and is it worth it? This blog is in no way designed to discourage any sort of MMA training or competition, I am about to start taking Muay Thai classes myself, but simply to make you truly think about the consequences.