What Is Going On With Some Of These Doctors? - Pharmapassport
0 0 items $0.00

Home » What Is Going On With Some Of These Doctors?

What Is Going On With Some Of These Doctors? 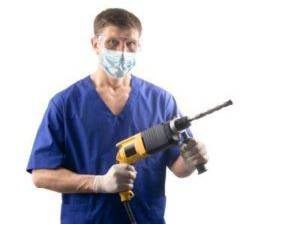 It seems that lately there have been a few doctors that have been caught doing some of those things that doctors should never do. There was a doctor that was charged with molesting some of his younger patients and now there is a  that has been Doctor caught sexually assaulting a disabled woman. Doctor Onzuka was charged with criminal harassment, sexual assault, administering a noxious thing, sexual exploitation of a person with a disability and breach of trust. He was also charged with criminal harassment for allegedly stalking a former McMaster University classmate. Police that are investigating this case urge anyone that has undergone treatment from Onzuka should immediately contact police because they may have been assaulted and may not even know about it. Police say that Onzuka could have sexually assaulted any of his patients while they were unconscious without their knowledge about it. This is clearly a very sick many to have to resort to this kind of behaviour. Sure everyone gets lonely occasionally, but this is not the appropriate outlet. Go out try and meet someone, don’t sexually harass the unconscious and the disabled. That is just so wrong on so many levels. I hope the justice system locks him up for a long, long, time.

Canadian Kitty Saved After Being Shot by Crossbow

Avoiding Back Pain From The Computer