Improve Your Memory Through Dreams 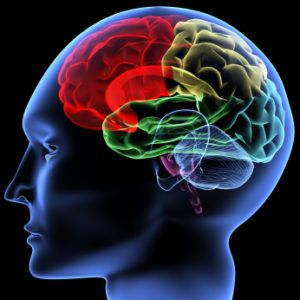 Scanning of a human brain by X-rays

The days of staying up all night to study for exams are over.  The real key to improving the memory is through sleep and dreams. A study recently concluded that there is a definite link between sleep and an improved memory. A recent study of 99 participants found a link between sleep, dreams, and memory.  The experiment had the participants navigate through a virtual maze on a computer screen.  Half of them were allowed to take a 90 minute nap, while the other half stayed awake.  Later on the participants were re-tested on the virtual maze.  Those who napped performed better than those who stayed awake, and what is more is that those who reported dreaming about the maze during their nap performed 10 times better than the nappers who didn’t dream. Another study found that people who dream about doing specific tasks actually improve their ability to perform that task in the waking world. Scientists don’t know exactly how dreams boost learning and memory capacity because dreaming is such a complex process, but it doesn’t need to take as long as 90 minutes for your memory to improve.  In fact, a short nap as little as a 12 minutes can make your memory flourish. Many North American’s are suffering from insomnia and aren’t getting the daily sleep they need.   Some find themselves sleeping in on weekends to make up for it instead of sleeping 7 – 8 hours a night on a regular basis.  Sleep is an important part of your physical and mental health and shouldn’t be neglected.

Why You Should Have Breakfast At Home

Melatonin is a hormone secreted by the brain and helps regulate other...

The Rise of Antidepressants in America

Antidepressants have achieved the number one spot for the most prescribed class...