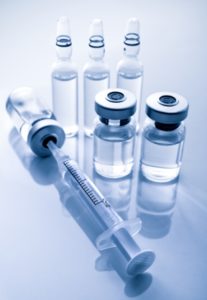 Recently, Dr. Raymond Weinstein of George Mason University found that there may possibly be a connection between smallpox vaccines and HIV immunity. HIV, which stands for Human immunodeficiency virus, is a very infectious virus that is spread by the exchange of bodily fluids with an infected person.  HIV can cause acquired immune deficiency syndrome (AIDS), which causes the immune system to become extremely compromised, causing even a mild cold to be potentially deadly.

However, Weinstein does admit that it is too early to draw any solid conclusions. The test group was very small, only twenty people, and it is unsure how the smallpox vaccine causes the immune system to become highly resistant to HIV.

There are certain signs that help back the idea of the smallpox vaccination aiding in the battle against HIV. For example, smallpox immunizations had begun to significantly decrease between 1950 and 1970. Yet, the number of HIV infections across the globe increased tremendously. Researchers now have reasonable grounds to believe that smallpox vaccinations may have been accidentally protecting people from the spread of HIV.

What is most likely to occur next is continuous testing, but on a larger group. Here’s to hoping there’s some sort of breakthrough and we won’t have to worry about the smallpox vaccine and HIV any longer.