Home » The Truth About Hormone Therapy

The Truth About Hormone Therapy 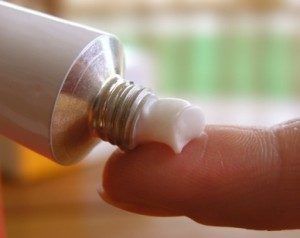 Natural hormone therapy : Hormones are chemicals that are naturally released in the body to monitor and regulate day-to-day functions. For example, the hormone thyroxin, which is released by the thyroid, regulates metabolism, protein synthesis, and neural development. During menopause, a woman’s ovaries release less estrogen which brings on uncomfortable menopausal symptoms such as hot flashes, vaginal dryness, and mood swings. As a result, hormone replacement therapy was often recommended as a treatment for menopause symptoms and to prevent osteoporosis.

Hormone replacement therapy (HRT) is the supplement of synthetic hormones in the forms of skin gels, pills, vaginal creams, patches, or vaginal rings. Estrogen promotes healthy blood levels of cholesterol, the thickening of the uterus lining, optimal vaginal health, and proper processing of calcium. As estrogen monitors how the body uses calcium, a deficiency in estrogen can lead to osteoporosis. Women who have retained their uterus need to take progesterone with estrogen; otherwise, estrogen will elevate the risk of cancer in the lining of the uterus. Progesterone reduces this risk by inducing monthly bleeding. Hormone therapy for breast cancer – In July 2002, the results of the Women’s Health Initiative study which was published in the Journal of the American Medical Association caused millions of women across the US to stop hormone therapy due to the significantly increased risk of breast cancer. The study which was initially meant for a duration of 8 and a half years was immediately terminated after five years.

The study found that for every 10,000 women there were 7 heart attacks, 18 blood clots, 8 strokes, and 8 cases of blood cancer. These findings led researchers at the National Health Institution to ask them to discuss the discontinuation of estrogen plus progesterone hormone therapy with their healthcare professionals. Some positive results of the study included 6 fewer colon cancer cases, 5 fewer hip fractures, and fewer fractures in general. Although these benefits were found, it was thus concluded that the risks of estrogen plus progesterone HRT outweighed the benefits.

Bioidentical Hormone Replacement Therapy looked like a safer alternative to conventional HRT as the hormones are molecularly identical and natural. Bioidentical hormones are derived from botanical plants such as soy and wild yam. As these natural hormone therapy are more identical to the natural hormones produced in the body, the risk of potential side effects is minimized. The long-term use of bioidentical hormones has not been studied so it is important for patients to only use FDA-approved hormones. This applies especially to the use of compound hormones. Compounding is defined as the combination and/or modification of at least two FDA-approved drugs to the specific medical needs of the patient. Compounded drugs are made as specified by a licensed practitioner. Compounded drugs are not approved by the FDA due to causes of death and injury. Moreover, when testing compounded hormones, over thirty percent of the medications failed. There are several approved bioidentical hormones that patients can talk to their doctors about taking.

Breast Cancer Prevention: The Responsibility is Yours

What your walking speed says about your health?