Detecting Diabetes Before You Have It - Pharmapassport
0 0 items $0.00

Detecting Diabetes Before You Have It 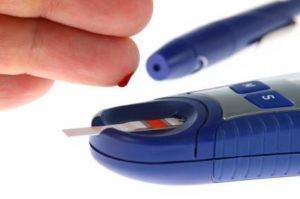 If you are diagnosed with type 2 diabetes this means that your body does not produce an adequate amount of insulin, or does not properly use the insulin your body does produce. Insulin is an important hormone that comes from the pancreas and helps your body’s cells use sugar. Sugar is the energy cells use; essentially it is like gas for your car.

Type 2 diabetes creates many health risks that include heart disease, stroke, high blood pressure, eye problems, kidney damage, nerve damage, infections, gum disease, and problems with pregnancy. Recently, a study may have found indicators of diabetes that will allow one to help prepare for a new life style.

New research confirms that evidence of insulin resistance and changes in blood sugar linked to type 2 diabetes can be measured more than a decade before the disease occurs.

Researchers in the UK followed 6,500 British civil servants who did not have diabetes for about 10 years on average. During this time they repeatedly measured insulin sensitivity and fasting and non-fasting glucose levels.

During the average follow-up (10 years), 505 of the participants had developed type 2 diabetes.

Researchers followed more than 6,500 British civil servants without diabetes for up to 13 years, during which time they repeatedly measured insulin sensitivity and fasting and non-fasting glucose levels.

During an average follow-up of 10 years, 505 of the study participants developed type 2 diabetes.

With each passing day, the number of people being diagnosed with Type...